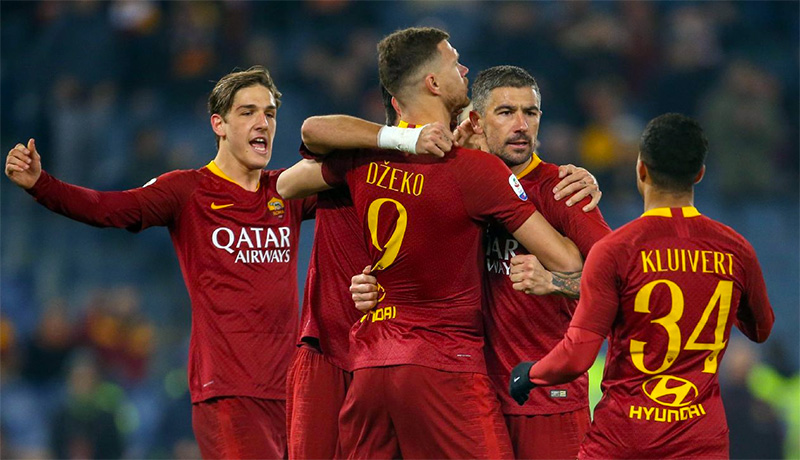 Instead of wasting your money at the weekend on booze or a cheeky take-away, why not put that towards buying some shares in Italian outfit AS Roma?

Scroll to the bottom of the page to do just that!

AS Roma stands for so much. Loyalty, passion and commitment are just a few of its core values which make the club special. A mainstay at the top of Italian football, I Giallorossi have competed in Italy’s first division for its entire existence with the exception of the 1951-52 season. The football club is a true encapsulation of the magnificent Italian capital city which it inhabits. The players wear a golden yellow and imperial purple kit which mirror the traditional colours of the ancient city of Rome.

When the players walk out into the Stadio Olimpico, their home of 66 years, images of gladiators stepping into the Colosseum are provoked. The hostile atmosphere also adds to the feeling of duty that encompasses the players to do battle on the pitch.

Perhaps the greatest servant of all to the club is Francesco Totti. A true one club man, the Italian world cup winner racked up a colossal 785 appearances over the course of 24 years, scoring 307 goals along the way. His longevity at the club means that his legacy will be unrivalled. He is viewed as an icon in Rome and wishes to stay at the club in some capacity in future years.

Whilst Totti has finished playing football, Roma have continued to thrill their supporters on the pitch. In 2018, they went their furthest in the European Cup for 34 years. On their way to the semi-final, they knocked out the likes of Atlético Madrid and Shakhtar Donetsk before producing one of the great European comebacks against Barcelona. Going into the second leg, trailing by three goals, they overturned the deficit in dramatic style thanks to a last-minute winner by Kostas Manolas. Peter Drury’s epic commentary over ‘the Greek god in Rome’ heading home in the 83rd minute will live long in the memory but that goal was only significant thanks to Edin Džeko’s strike, at the Nou Camp, six days earlier. Roma’s run was eventually halted in the semi-finals by Liverpool, the same team that had thwarted them in the 1984 final at their home ground.

As well as this European pedigree, AS Roma boast an array of domestic silverware too. 3 Serie A titles alongside 9 Coppa Italias have stapled this club into the fabric of Italian football. Their home ground of the Stadio Olimpico may be crumbling and the team may be in a transition phase but with that comes a sense of history and authenticity rarely seen in elite sport these days. You can be sure Roma will be a presence in Italian football for ears to come.

Once you have opened a share dealing account with Hargreaves Lansdown you can buy shares in Roma with ease. You just need to follow the simple instructions below. And don’t forget, you can of course cash in and sell up at any time when the markets are open!

Remember, these are not novelty shares, you are buying real shares in a real football club! You can now tell your mates that you’re a shareholder in Roma! Congratulations!